skip to main | skip to sidebar

Justin and I went to Galveston for a babymoon a couple weekends ago. Apparently I can't get enough of Galveston, I'm down there several times throughout the year. When we went for Mardi Gras back in March we stayed at the Escapes condos. They are really nice condos, I highly recommend staying there. Anyway, we decided to stay at the Escapes again for our babymoon. While we were there I thought it would be a great idea to document "where it all went down" back in March ;) LOL I know too much information. So...this is where we stayed in March..haha! 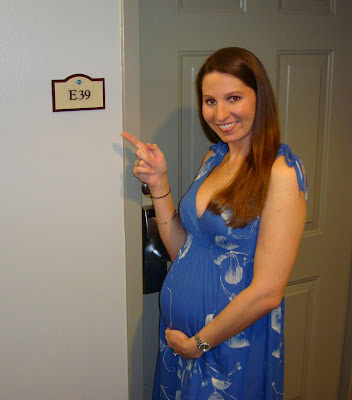 We went to the boardwalk in Kemah on Friday night. I somehow managed not to take any pictures :( It was a lot of fun though, that place has really grown since I was there last. Saturday we hung out at the beach, which of course is my favorite thing to do. I'm always on the hunt for shark's teeth and seashells. The beach was really clean this time, very little seaweed, which was nice. I found a ton of shells, but no shark's teeth. 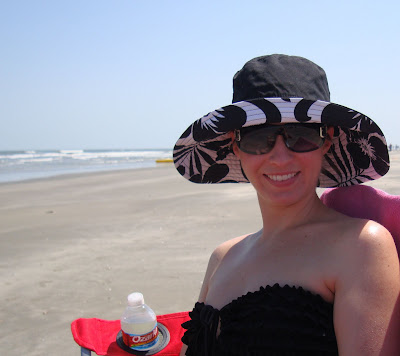 You know I have to eat at Shrimp n Stuff when I'm in Galveston. Amazing catfish people! Seriously you have to try it, it's to die for. I could eat it everyday! It's a hole in the wall place at 39th & Avenue o. Stop by there if you get a chance, you'll thank me :)

It was a wonderful babymoon, I didn't want it to end. I'm so thankful the hubby and I had the opportunity to get away for some alone time before Layne gets here ;) We don't have too much longer before we are a family of three!

I just love this picture! Here are my two besties, Shelly and Lindsey. We took some pictures before we went to dinner the other night. We go to La Fiesta when Linz comes in town, it's a great tradition and a guaranteed good time ;) 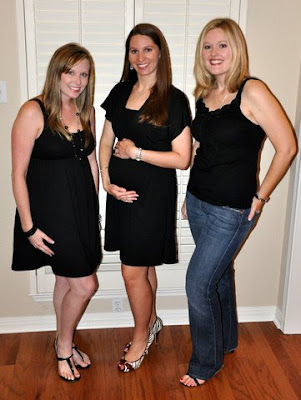 Posted by The Doxie Daily at 2:23 PM No comments:

I think it's safe to say that my baby bump is definitely growing...fast!
It scares me to think how much bigger it is actually going to get, it's already so tight ;) Layne is extremely active at night, always moving around and poking me. I guess he is going to be a night owl like his mama. I'll take that over a morning person any day, ha! 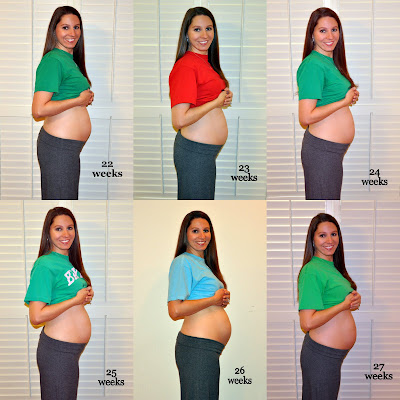 Posted by The Doxie Daily at 2:21 PM No comments:

Here is a little preview of what's to come! Layne's nursery is going to be nautical! I love love love it so much! 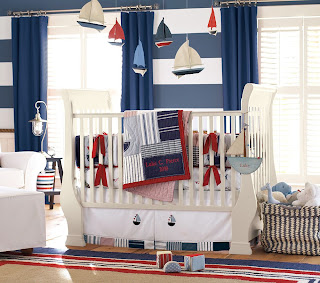 This is the quilt, which you can personalize. 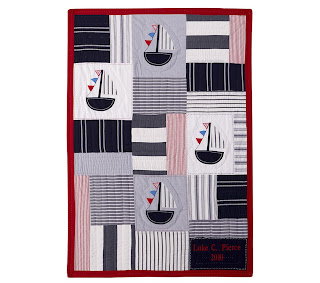 How adorable is the mobile?! 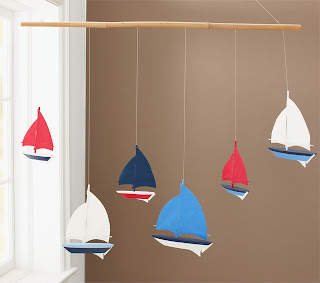 Precious little pillow, again that you can personalize...love that! 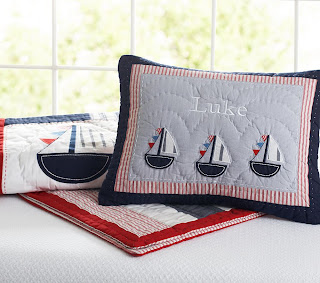 I ordered everything...shocking I know (insert sarcasm here) ;) Now I am waiting for Justin to move out the guest bedroom furniture. The nursery furniture is waiting for us to pick up in Houston, but we are waiting until we (we as in Justin) get the room painted. I didn't order the crib in the picture, "PBK's white" is not a stark white. I wanted stark white furniture for his nursery, it makes the bedding "pop". I'll post pics as soon as we get it finished!
I'm still on the hunt for a glider. I want a navy blue glider with white piping...do you know how hard it is to find that! Best Chairs has one navy option, but it's so dark it looks almost black. PBK has a great navy, but it is really expensive. I have yet to talk Justin into buying it, but here's hoping! So if you have any other suggestions, please let me know. I'm running out of time to get one ordered ;)
Posted by The Doxie Daily at 12:29 PM 2 comments:

We Have A Name! 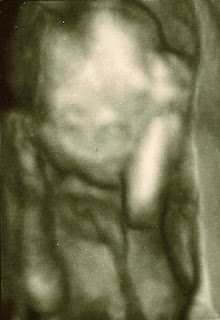 I must say it is really hard to pick a boy name, at least it was for me. Justin and I tossed around a couple different names, but we both really liked Layne. So, we decided to go with it for his first name. We are using Marshall as his middle name, because that is Justin's middle name. So there you have it, Layne Marshall Buenger it is!

It's funny to me all the random scenarios I ran through my head while deciding on a name...for example:
What would our Christmas card look like? Does this name sound sophisticated? Will this name look good monogrammed on everything, such as clothes, halloween buckets, backpacks, bags, blankets, and more clothes (I'm obsessed with monogramming). Does it flow with our names? What would his name look like printed on a wedding invitation? (Mine is hanging on the fridge, that's where that thought came from) And..."Layne Buenger is up to bat next". LOL! Seriously who does this?! 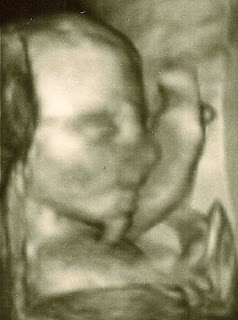 Then I had to write his name on sticky notes and post them all over the house...places like the fridge, back door, and bathroom mirror. I needed a visual to make the final decision :) Justin kept asking me why I put sticky notes everywhere, HA!
It's official now...we love the name and we can't wait to meet our precious Layne Marshall!
Posted by The Doxie Daily at 3:09 PM No comments: 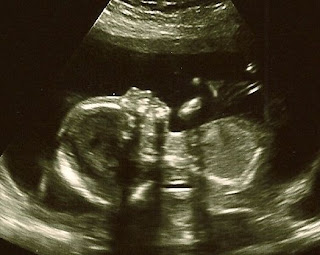 We are very excited about our Baby Boy!! Justin was ecstatic when the tech told us the news. I don't think I have ever seen him smile so big, it was really precious. We are going to have lots of baseball games in our future ;) 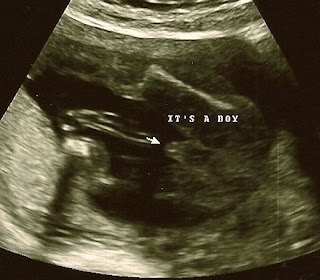 Posted by The Doxie Daily at 1:58 PM No comments:

I'm still trying to play catch up ;) Here are my baby bump pictures from 16 to 21 weeks. At week 20 I started having issues fitting into my clothes. That made for good times when I was trying to get ready to go somewhere. I had clothes thrown everywhere! My shirts were too tight or my boobs were hanging out! Then I couldn't get my pants to button or they looked too tight...I'm still hoping it's not my butt getting bigger ;) So I was left with dresses, they worked, thank goodness. I had to do some emergency shopping for a new wardrobe...so headed I to the local maternity stores. That was interesting to say the least, but now I have something to wear ;) 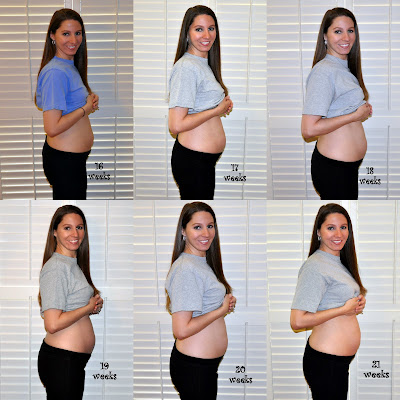